A Show of Power: Black at the Golden Globes 2018

Get Your Course Creation TemplatePLUS 3 Bonuses all for free, for you!

If you want a caring, engaged, competent, generous and fun-to-work-with coach... you are absolutely at the right place here. Susanna, thanks you for being all that and more.

Are you ready to launch your Signature Offer?

Are you ready to launch your Signature Offer?

Should Entrepreneurs Be Afraid To Polarise People?

Should Entrepreneurs Be Afraid To Polarise People?

3 Brand Tips To Show Up As The Pro You Are

3 Brand Tips To Show Up As The Pro You Are

Why Do I Need A Message?

Why Do I Need A Message?
Load More

By wearing black, the acting industry came together yesterday in a show of power at the Golden Globes.

This was NOT a fashion statement but a show of power and resilience.

Time's Up organised campaign focused on making sure that  "The clock has run out on sexual assault, harassment and inequality in the workplace. It's time to do something about it." 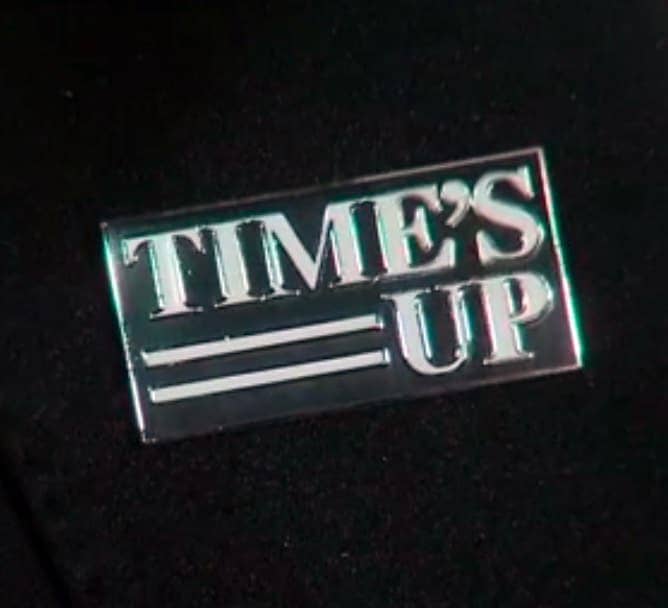 Oprah Winfrey's words shone out during her acceptance speech for the 2018 Cecil B. de Mille award "I want all of the girls watching here now to know, that a new day is on the horizon.”

Actresses stood together on the red carpet in solidarity to show that this industry can no longer hide and protect those men who have taken far more than their entitlement. Many women were photographed linking arms with other women to enforce this stand of unity.

The Power of Black

Black has always had a powerful impact and is often to show power and dominance over others, or on the flip side, subservience as uniforms of those serving the more powerful.

Black was a great choice for this community as it communicates power and rebellion as well as elegance.

Using black in this scenario provided a strong sense of solidarity amongst the attendees. I loved the fact that Claire Foy (plays the Queen in Netflix's The Crown) chose trousers over a dress as well to make the point that this is not about fashion and women should not be treated as objects to be looked at, but recognised for their worth in the jobs they perform.

Jess Cartner-Morley wrote in The Guardian today that "With an almost airtight blackout and a sea of Time’s Up pins, the images from this year’s ceremony spoke of women in terms of power and solidarity rather than glamour or competition."

Cynics may say that black is the normal go-to colour for events such as these, but the addition of the black Time's Up pins and the constant reference to the campaign during speeches made sure that the message rang loud and clear.

The tide is turning and women are no longer accepting the status quo. I feel this power rising up and I am proud to be a woman in 2018 and I want to do everything possible to make sure my daughters will not suffer the same inequality as I have - in salaries and also having to feel the need to fend off unwarranted advances from men.

Colour is a very ​​​​powerful tool.

For political movements, colour in fashion has produced some very memorable images that stay with us. Black's opposite - white was most famously used by the Suffragette movement in the UK.

2018 marks the 100 year anniversary since the suffragettes used white with green and purple for their uniform to get votes or women in the UK. This was an era when dark colours were standard place and laundry was an all day task. The suffragette movement chose white for purity, purple for dignity and green for hope. The long flowing white dresses which were chosen also stood out in photographs well and made for great images in the media that spread their message far faster than possible by word of mouth or text. There is nothing media likes more than a strong image!

In 2017, women (and men) protesting the election of Donald Trump in the USA marched on Washington wearing their "pussy hats" in pink - this unified the crowd and also had the big visual impact media loves to spread the news further. The key elelments that made this successful were:

This highlighted the strength of protest these marchers felt against the newly elected and well known misogynist president - Donald Trump.

This first march has developed into the Pussyhat Project which is a social movement focused on raising awareness about women's issues and advancing human rights. Marches are planned throughout 2018.

Creating visual unity is a key element in any protest.

At the Golden Globes, through the almost complete black out in the attire of attendees, a powerful message was sent out to all who watched. News stories and blog posts, like mine are spreading this action further.

We all need to band together to make sure no-one is never too scared to speak out again against abuse.

"Colour is the strongest element you need to create visual unity for a cause."

Susanna Reay is an online business specialist, and brings her 25+ years experience of working online into packaging high value offers and courses to achieve the success her introvert business owners dream of.

The Introvert Way is her unique framework that ensures that business growth doesn't equal business burnout. We have to align our business with our natural tendencies until you reach the stage where you build a team to support the many functions needed to go to the next level.

Free Resources Just For You

Please log in again. The login page will open in a new tab. After logging in you can close it and return to this page.

This website uses cookies to improve your experience while you navigate through the website. Out of these cookies, the cookies that are categorized as necessary are stored on your browser as they are essential for the working of basic functionalities of the website. We also use third-party cookies that help us analyze and understand how you use this website. These cookies will be stored in your browser only with your consent. You also have the option to opt-out of these cookies. But opting out of some of these cookies may have an effect on your browsing experience.
Necessary Always Enabled
Necessary cookies are absolutely essential for the website to function properly. This category only includes cookies that ensures basic functionalities and security features of the website. These cookies do not store any personal information.
Non-necessary
Any cookies that may not be particularly necessary for the website to function and is used specifically to collect user personal data via analytics, ads, other embedded contents are termed as non-necessary cookies. It is mandatory to procure user consent prior to running these cookies on your website.
SAVE & ACCEPT